Health Benefits of the Amazing Blueberry 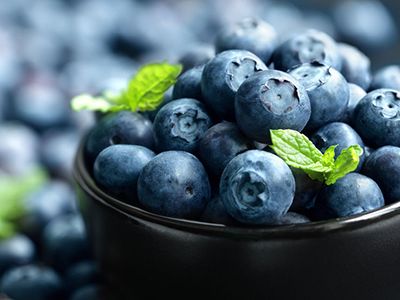 It is summer as I write this and I’m munching through another basket of blueberries from my local U-pick field. By the time you read this, your thoughts may have turned towards apples and all things autumnal, but I hope you have a freezer full of summer berries to brighten up your winter.

Part of the reason berries are so amazing for us is their rich coloration, which comes from anthocyanin compounds. Anthocyanins are a type of flavonoid with antioxidant effects. Found naturally in a number of foods, anthocyanins are the pigments that give red, purple, and blue plants their color. Blueberries stand out as containing some of the highest levels of anthocyanins. The award for highest levels probably goes to the black currant, and then Swedish bilberries, but blueberries are next in line and so much easier to work into your daily diet.

Quantities varied depending on what site I looked at but among common berries (to the US), blueberries contain approximately 135-148mg anthocyanins per 100g fruit, while red raspberries contain around 105mg/100g, and blackberries 77mg/100mg (I would have thought their inky color would have ranked them higher). For the record, black currants come in at a whopping 584!1,2

Let’s look at the health benefits of the amazing blueberry: 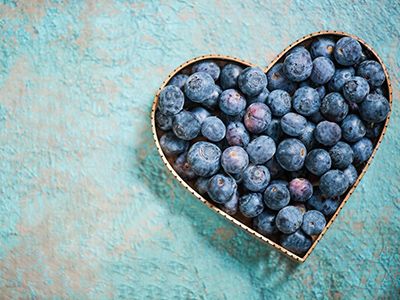 Atherosclerosis (hardening of the arteries) remains one of the most prevalent health risks as we age. The KIHD study showed that among 1950 men, those in the highest quartile of berry consumption (greater than 408g/day) had significantly lower risk form cardiovascular disease as compared with men in the lowest quartile of consumption (less than 100g/day).4 The rich phenolic anthocyanins appear to impact every aspect of cardiovascular disease. They reduce oxidative stress, which means they prevent reactive single oxygens from damaging the delicate vascular tissue, thereby improving the function of the endothelial (vessel) lining. This prevents scarring and subsequent hardening of the arteries. They also regulate cholesterol processing and how it is carried through our vessels. When the lining is not damaged, cholesterol does not build up in the vessel in the same way, and therefore LDL can drop because not as much cholesterol needs to be transported out to the damaged vessels.3

Berries are also highly anti-inflammatory and this may contribute to lowered cardio risk. Elevated C-reactive protein (CRP) has been shown to be a risk factor for cardiovascular risk. Studies have shown a significant reduction in CRP with greater flavonoid intake.5 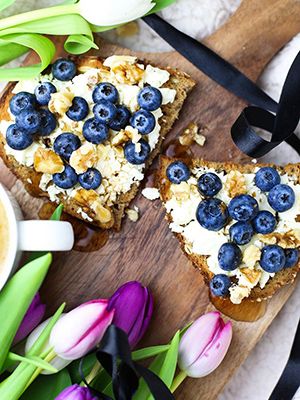 Despite being a sweet treat, blueberries have also shown to improve insulin resistance and glucose tolerance. When you eat a carbohydrate-containing food, the pancreas secretes insulin to get the sugar from the carbohydrate into the cells for fuel. When the cells are unresponsive (resistant) to the insulin, the sugar stays in the bloodstream longer and cause a multitude of health problems ranging from atherosclerosis (as discussed above), to hormonal issues, nerve damage, and poor circulation. Another concern with insulin resistance is that the pancreas tries to force the cells to respond by increasing its output of insulin. Over time this exhausts the pancreas and also elevates insulin levels which have been shown to increase risk of Alzheimer’s, cancers, heart disease, and beyond.

There are many aspects of balancing blood sugars and insulin responsiveness but how fun that one of them is eating more blueberries!

In a model using rats bred to have Type II diabetes, those fed a high fat diet but with the inclusion of blueberries showed lowered triglycerides, decreased abdominal fat, and reduced fasting insulin.6 Similarly, mice that consumed a high fat diet plus blueberries had lower plasma glucose than those without the blueberries.7 Finally, in humans, overweight and insulin-resistant people who consumed a smoothie that contained blueberries for 6 weeks had improved insulin sensitivity.

An interesting study from Sweden illustrated that blueberries eaten together with probiotics increased the levels of butyric acid in the large intestine. Butyric acid is considered one of the primary foods for the cells lining the intestine and we are now learning that it enhances our immune defense through the blood stream as well. The blueberries plus probiotics decreased the inflammation in the intestine and increased the number of healthy lactobacilli species. Also of note, the researchers compared blueberries to oat and rye brans and found that while the rye bran was broken down in the large intestine in the same region where most cancers and colitis tend to occur, oat was broken down higher up in the intestine, so its butyric acid-producing capability was much lower. A nice breakfast of rye toast with blueberries and probiotics would be a strong flora-supporting start to your day.8

As with heart disease, diabetes, and gastrointestinal disease, chronic inflammation is one of the instigating factors in cancer development.

Pterostilbene is an antioxidant found primarily in blueberries and the herb Pterocarpus marsupium. Pterostilbene has a lot of petri-dish data showing that it enhances apoptosis (cancer cell death), and it increases antioxidant capability across a broad range of cancer cell-lines including estrogen-positive and triple-negative breast, colon, epithelial, and liver cancers.

In the animal model, the polyphenols in blueberries inhibit tumor growth and decrease risk of metastasis by controlling pathways such as the PI3K/AKT, MAPK, and STAT3. Blueberries also contain high levels of delphinidin, which has shown to inhibit growth of triple negative and Her2-positive breast cancers.9 Of note is that delphinidin also mitigates dyslipidemia and insulin-resistance – another way that it improves cancer-risk.

In addition to the positive impact of blueberries on cardiovascular and gastrointestinal health, blood sugar, and cancer, there are also studies detailing blueberries positive impact on osteoarthritis, cognitive impairment of aging, exercise-induced inflammation, and beyond. You can see how the benefits of blueberries affect multiple body systems and how this has the potential to exponentially impact health. I hope this quick run through some of the data highlights the broad-reaching benefits of adding blueberries to your regular diet. Enjoy! 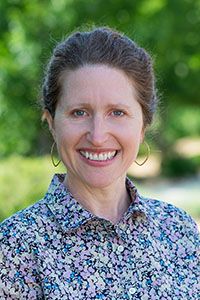 Dr. Susan Saccomanno, ND, LAc is a contributing writer to the Mederi Blog and a practitioner at the Mederi Center Clinic in Ashland, Oregon. She has over a decade of experience as a family physician with a specialty in holistic cancer care and chronic illness.  Dr. Su has been practicing at the Mederi Center since 2014, where she blends the best of naturopathic and Chinese traditions.

Dr. Su became a doctor out of her passion for helping people achieve vibrant health. She received her Naturopathic Doctorate and Master of Oriental Medicine degrees from National College of Natural Medicine, and extended her studies in integrative cancer care in the Eclectic Triphasic Medical System (ETMS), founded and taught by Donnie Yance.