Herbal Medicine In The Treatment Of Cancer 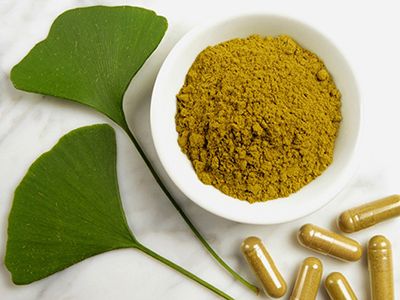 The world of Western conventional medicine is oriented to the ‘magic bullet’ paradigm, where the search for drugs relies on the concept of compounds that bind specifically to a single target and demonstrate a high degree of potency. Recently, though, this approach has broadened, with researchers suggesting that it is non-specific and relatively weak patterns of activity that may ultimately prove of greatest importance in drug discovery. Though research on multi-targeted drugs is still at an early stage, studies indicate that certain antipsychotic drugs, for instance, appear to be more effective when several types of receptors are targeted.1-3

Traditional herbal medicine recognized centuries ago that combining many plants delivers far better results than relying on a single plant. This is true both for supporting health and vitality and for treating imbalances and diseases. The multi-component nature inherent in medicinal herbs makes them particularly suitable for managing the multitude of issues that present in complex diseases such as cancer, and offers great potential for synergistic actions, including interactions between botanicals and the relationship of botanicals to conventional cytotoxic drugs such as chemotherapy and targeted agents. 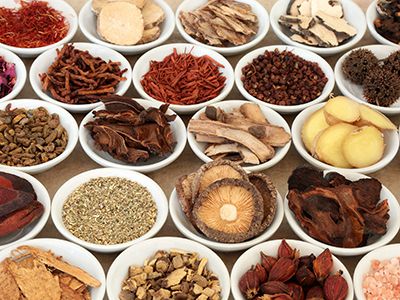 The Origins of Herbal Medicines for Healing Cancer

Herbal medicine has been the foundation of treatment for human maladies since ancient times and continues to be an essential part of culturally based healing traditions in many cultures worldwide. As our respect for botanical medicine has grown, numerous herbs, including those traditionally used in Chinese medicine, are being incorporated as remedies for disease management and treatment in Western countries.4

Because botanicals contain a variety of organic chemical complexes, they usually act on multiple targets. A potential advantage of phytochemicals is that they may act through multiple pathways, thus reducing the development of resistance by cancer cells.7 Botanical medicine does not have single effects, nor does it have a high degree of potency, but rather is pleotrophic, having relatively weak (compared to that of drugs) or gentle effects, assisting rather than controlling, and often acting in an amphoteric, symphonic way—able to not only do different things in different situations, but even to have the opposite effect, depending on the circumstances.

Botanical, as well as natural dietary compounds, have drawn a great deal of attention as potential cancer preventive agents because of their wide margin of safety. However, single agent intervention has failed to bring the expected outcome in clinical trials; therefore, combinations of botanicals and natural dietary compounds are gaining increasing popularity.8

Botanical preparations include crude herbs, herbal tinctures, fluid extracts, powdered concentrated whole herb extracts, standardized herbal extracts, and herbal isolates. Botanical compounds, even as isolates, differ from drugs in that rather than blocking pathways or receptors, they tend to “take the edge off” just enough to reduce excessive amplification. The result is that there is still plenty of activity for normal response and cellular activity. They are also capable of up-regulating protective pathways, targeting tumor cells, enhancing immune activity, and functioning as selective redox-antioxidants—inducing oxidative damage to cancer cells while protecting the health of normal cells. Botanical compounds also reduce mutagenicity of many of the main players in oncogene and tumor suppressor gene mutation, such as the p53 tumor suppressor gene.

Integrating Botanicals with Conventional Therapies In The Treatment Of Cancer

Today, the tide is shifting in the way we view cancer, and as a result, in the ways cancer is treated, even with conventional drugs. The basis of using multi-drug therapy is the recognition that for each disease process, there is more than one mechanism and gene involved. For example, in pancreatic cancer, in the great majority of cell types there is a global genomic analysis that demonstrates at least 12 partially overlapping processes that are genetically altered. Even if you do find the “needle in the haystack” or a “driver” rather than a “passenger” in regard to the cancer, there are a multitude of “co-conspirators”, and the cancer intellect is continually mutating to gain an edge for strength, control, proliferation and metastasis. The pathways that are altered, both intra and extra cellular, as well as in the membrane in any individual tumor, vary widely. This has been documented in all cancers, and in particular Glioblastoma multiforme, which is the most common and lethal type of brain cancer.9 This is why a multi-targeted approach is necessary and the basis for how botanicals can provide a significant advantage. 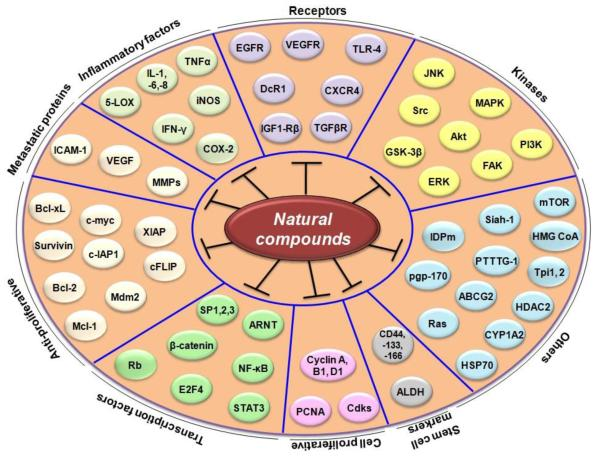 Molecular targets in colorectal cancer that are upregulated by natural compounds. 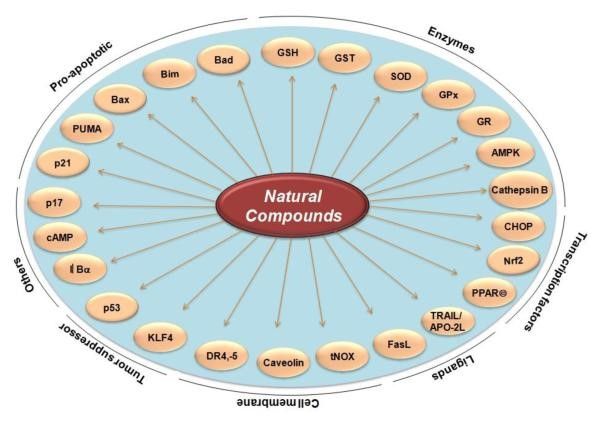 There is currently a great deal of research worldwide investigating the potential of botanicals in the treatment of cancer. For example, PHY906, a combination of four herbs; Scutellaria baicalensis, Glycyrrhiza uralensis, Paeonia lactiflora, and Ziziphus jujube, which have a history of use in traditional Chinese medicine for over 1800 years, has been shown to enhance the effectiveness of chemotherapy while decreasing chemotherapy-related toxicities and side effects of anticancer agents in various cancers. The PHY906 clinical program consists of five trials in three different types of cancers in both the United States and Taiwan. To date, approximately 150 subjects have received PHY906 in combination with chemotherapy in these five clinical studies.10 A recent trial found that Capecitabine (Xeloda) plus PHY906 provides a safe and feasible salvage therapy in patients with advanced pancreatic cancer who were previously treated and failed with gemcitabine-based regimens.11 In a recent mouse model, PHY906 decreased the toxicity of abdominal irradiation without protecting tumors and thereby increased the therapeutic ratio.12

Botanical Synergy as a Pleotropic Force Against Cancer

One thing to keep in mind is that everything in the body is in flux, in a trophic yin-yang responsive state that is modulating and adaptive. Drugs cannot adapt in this way, but herbs do when practiced in a traditional way. Although there is certainly a place for concentrated active compounds (single or groups of compounds), the efficacy of most natural medicines lies in the synergy of diverse components rather than a single compound.13

When an extracellular signaling molecule activates a cell surface receptor, signal transduction occurs. This process involves the numerous actions of cellular messengers. Though different constituents may affect various cellular messengers, the same response may appear in a cell. On the other hand, different agents may regulate the same target, and therefore cooperate in an agonistic, synergistic way.

For example, Chinese coptis (Coptis chinensis) root was used for thousands of years in TCM for clearing heat as well as purging fire, resolving phlegm to activate meridians, promoting blood circulation to remove blood stasis, and for removing dampness.

A recent study concluded that as potential adjuvants to chemotherapy for non small cell lung cancer, coptis (COP) extract and berberine (BER) increase selective cancer cell reactive oxygen species production, reduce multidrug resistance (MDR), and enhance the inhibitory effects of chemotherapeutic agents against cancer cell growth. Both COP and BER significantly inhibited A549 cell growth in a dose-dependent manner. Combinations of COP or BER with chemotherapeutic agents (fluorouracil, camptothecin, and paclitaxel) exhibited a stronger inhibitory effect on A549 cell growth.14 Although berberine (sulfate) is a very effective botanical isolate, its therapeutic value, including anti-microbial activity, is potentiated by other compounds in the plant such as the MDR inhibitor, 5-methoxyhydnocarpin, which does not have anti-microbial activity on its own. This study showed that coptis (Huanglian) extract may have greater therapeutic effects than berberine alone and may be the result of the synergistic actions of other components present in coptis.

A second consideration is that diseases such as cancer have many contributing factors including viral, environmental, behavioral, and metabolic, as well as inherited factors. The evolutionary origin of synergy in natural medicines, such as in traditional Chinese medicine (TCM), offers a strategy that not only utilizes whole plants with a multitude of synergistic compounds, but also uses formulations that involve several plants. Through centuries of use, traditional healers found that this approach was superior to single-agent strategies in combating both simple and complex diseases. They understood that within a single plant are many active synergetic compounds that enhance the physiological effects of the plant. In addition, while an isolated compound within a plant may have some toxicity, there are often compounds within the same plant that neutralize toxicity.

For instance, polyphenols and terpenoids are two groups of constituents which are contained in many herbal extracts; the former possess a strong binding ability to different molecular structures like proteins or glycoproteins, while the latter have great affinities for cell membranes and therefore, a high potential to permeate through cell walls of the body or bacteria, or perhaps cancer cells.15

Combining herbs for medicinal use is a time-honored art and science that has been practiced for thousands of years in the ancient healing traditions of China, India, and many other parts of the world. Advanced traditional medicines consider combining herbs into formulations to be one of the most important and subtle arts of medicinal knowledge. In my practice, I find that herbal combinations offer benefits that are far more than the mere sum of their individual parts.

The illustration below depicts the composition of herbal formulations as that of a jazz ensemble: 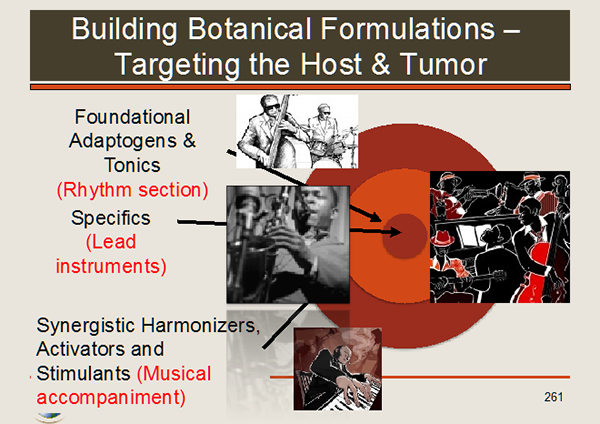 Although the ETMS multi-herb formula approach combined with a multi-drug protocol is complex and adds many variables to a treatment protocol, this approach offers the best long-term results for patients. This strategy is in accordance with the ETMS philosophy, which emphasizes the attainment of health through maintaining a state of equilibrium between the various systems and responses of the person, the micro-environment, and the various targets of the cancer itself.

For More Blog Posts On This Topic:

Antioxidant Supplements During Chemotherapy: Exploring the Body of Evidence

The Truth about Herb-Drug Interactions: An Honest Evaluation of the Benefits and Risks When Weighing Scientific Data and Clinical Experience

The Pursuit of Truth in Medicine

Misrepresentation of ‘Integrative Oncology’ in the Literature: Clearing up Misperceptions and Recognizing the Validity of Herbal Medicine at the Forefront of ‘Unified Medicine

Are “Wonder Drugs” the Answer to Curing Cancer?

Current Research into Botanicals and Cancer

Cancer Is Not One Disease

Join the Mederi Center community by signing up for our email list. We send several emails a month with product promotions for patients, practical tips for healthy living, blogs written by our Care Team, information about events, and other news. You can unsubscribe at any time. 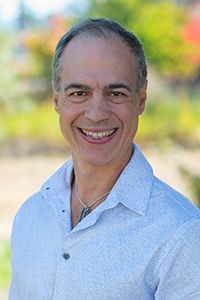 Donnie Yance is an internationally known master herbalist and nutritionist. He received his herbal training through Sequoia College and is a professional member of the American Herbalists Guild. He was trained as a clinical nutritionist through the National Institute of Nutritional Education and holds certification through the National Association of Nutrition Professionals. Donnie is the author of Herbal Medicine, Healing and Cancer and Adaptogens in Medical Herbalism: Elite Herbs and Natural Compounds for Mastering Stress, Aging and Chronic Illness. After decades of extensive research and clinical practice, he developed a unique approach to health and healing called the Eclectic Triphasic™ Medical System (ETMS), now also practiced as Mederi Medicine / Mederi Care. Donnie is also the founder and formulator of Natura Health Products, for which he has created a unique line of therapeutic-grade botanical and nutritional supplements. These products have made a significant contribution to his tangible success in improving the health of his patients.